Celebrities Who Have Had Cosmetic Dentistry Procedures 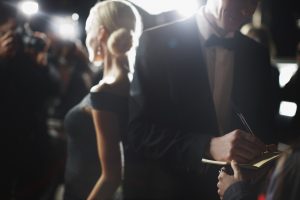 The first stanza of a poem by Phyllis McGinley, called “Reflections Dental” reads:

How pure, how beautiful, how fine
Do teeth on television shine!
No flutist flutes, no dancer twirls
But comes equipped with matching pearls.
Gleeful announcers all are born
With sets like rows of hybrid corn.

Have you noticed that every celebrity seems to have perfect teeth? Are they born that way? Actually, many celebrities choose cosmetic dentistry procedures to make them look more perfect. Did you suspect the stars on this list of improving their pearly whites?

Do any of these names surprise you? Here’s some good news: the same procedures used by celebrities are available for you. At Park 56 Dental Group, we offer dental care, including smile restoration, providing the highest level of treatment. We serve the Midtown, Central Park, Upper East Side, Park Avenue, and all surrounding Manhattan and New York areas, with a patient-centered practice that has hours to fit your schedule. Contact us online or call us at (212) 826-2322.