it was 5pm on a late wednesday afternoon and my temporary bridgework that was done last year by a dentist in chicago broke into 5 or 6 pieces while i was snacking on some mixed nuts. i looked in the mirror and my lower front teeth, all the way to the molar teeth on the left side, looked like little fangs, with a couple of large spaces where i was missing some teeth. i must admit that i had procrastinated in getting my permanent crowns and now i was paying the price. one of my co-workers recommended that i call their dentist, dr gerry herman, a prosthodontist at park 56 dental group. i was embarrassed to say that i never even heard of a prosthodontist until i looked it up on google. i called the office and they said that they were going to close for the day pretty soon but that dr herman will see me as an emergency patient. at 6pm dr herman took a look at my mouth and said he will take impressions of my mouth and send it to his lab for new temporary bridgework and that because so many teeth were involved he would ask his lab guy to rush the case and have it back by friday morning. i almost broke out in tears and explained that i had my job review in the morning and needed to be at the top of my game. to make a long story short, dr herman asked his assistant if she wouldn’t mind staying for a few hours. he proceeded to mix up a batch of temporary acrylic bridge material and molded it on to my teeth. then he had me go through a series of chewing and jaw movements until the material was set. finally he began sculpting and carving this block of acrylic until the bridgework was done, i think it was about 8 teeth!! it was polished and cemented and by 8pm we were done. the temporary bridge looked and felt better than any permanent crowns i ever had. this guy is an artist and a dental genius and one helluva nice guy. his assistant is wonderful and the office is beautiful and clean and modern. dr herman is currently working on my permanent bridgework. 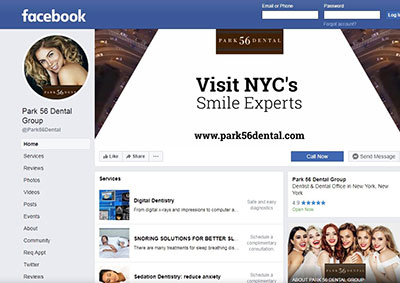 View our before and after photos!

Take advantage of our current specials.

Check Out Our Latest Reviews